The client did not have too particular requirements for the projected yacht despite length and interior volume. But he clearly wanted something with an individual identity, an iconografic signature. At the same time a traditional use of the yacht was anticipated. With that framework we could not follow a path of extreme proportions or generate elegance by means of sleekness. The yacht was clearly a volume ship with an individual Owner’s Deck at a length at which a forward facing accommodation deck is not common. Soaring was also not planned as a show-off piece but as a family yacht. Like with artwork a good design is generated by a storyline, tensions and disruptions which afterall are embedded into an harmonic entirety. To break up the traditional way of arranging a yacht in different layers, we revived an idea Thomas Mühe worked on during the late nineties: Trying to treat the ship as a sculpture rather than a building, with a sweeping line, as it used in much smaller run-abouts, we connected Main Deck, Bow and swim platform in one generous bow. 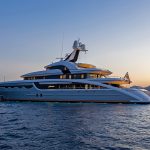 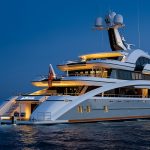 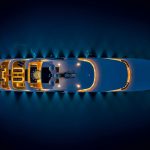 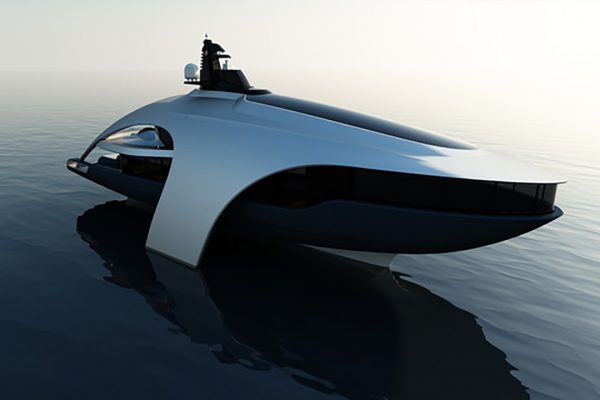 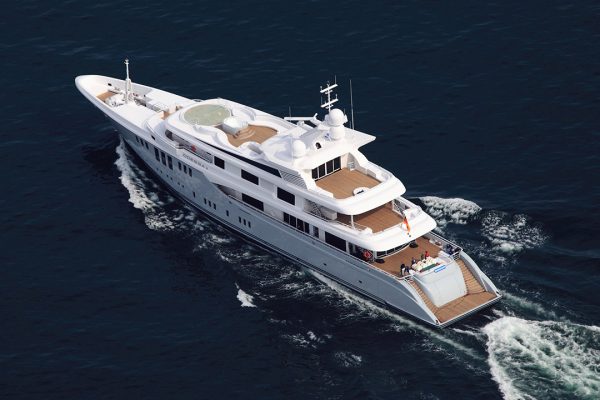 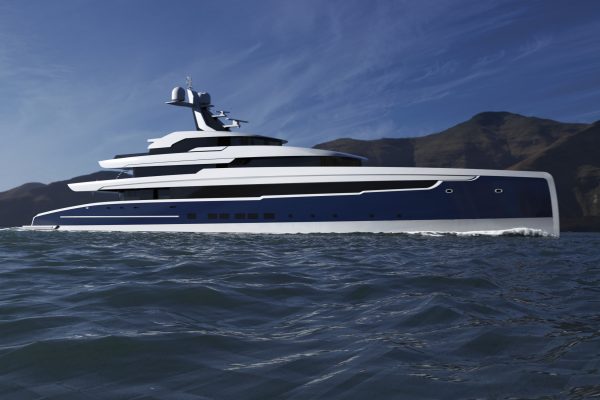